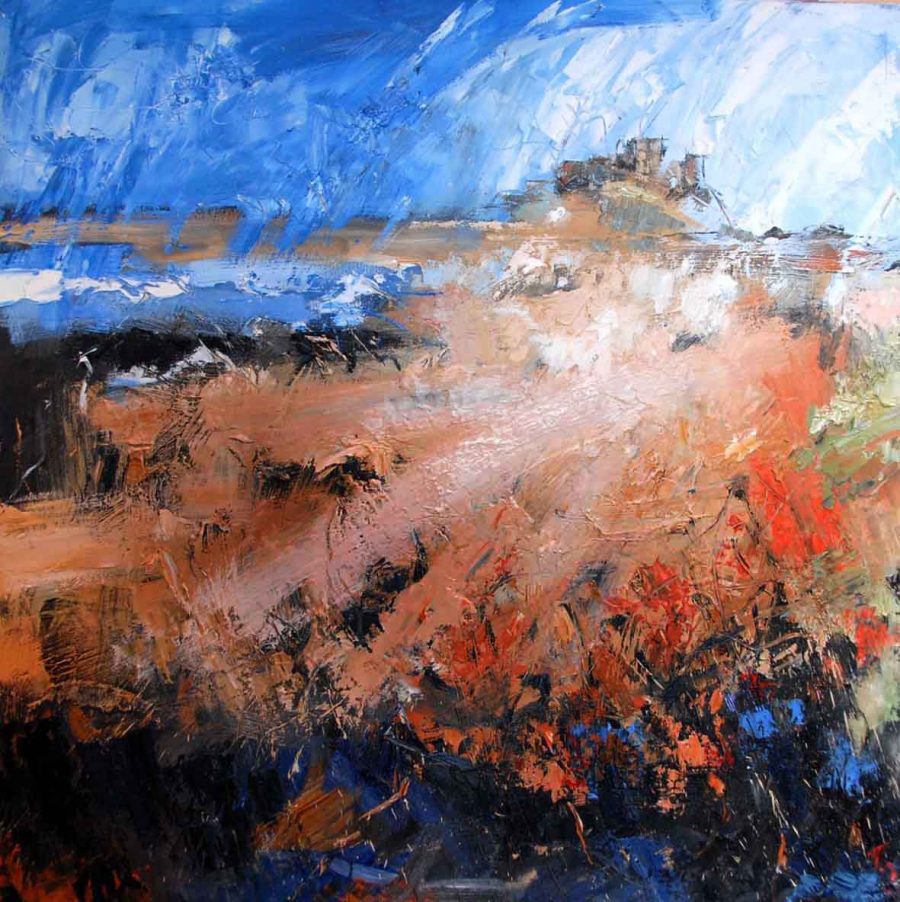 The beach to the north of Bamburgh castle has to be one of England’s best kept secrets – a huge stretch of fine sands and usually almost deserted. The castle itself, perched high on the Whin Sill is steeped in history – the site occupied by Celts, Romans, Saxons and Normans who were responsible for the massive keep and surrounding walls; and when a monastery was founded on nearby Lindisfarne in 635 the area became one of the leading centres of art and scholarship in the world.

Turner made three drawings of Bamburgh: two from the south and one, as here from the north.