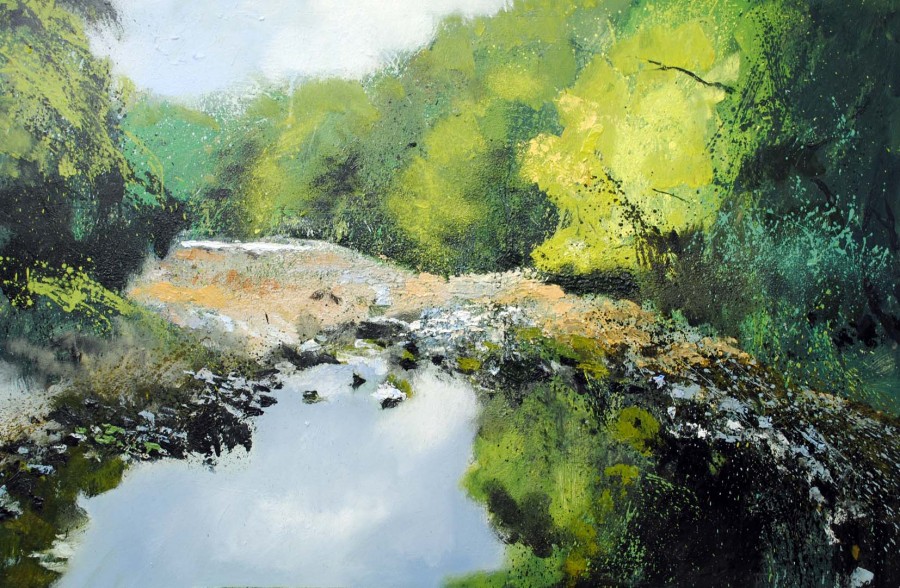 Turner visited Hackfall in 1816 and the following painting is based on a sketches made  during his tour of central Yorkshire in August that year. Hackforth is a valley of the River Ure, five miles north-west of Ripon. The small building in the mid-distance may be Fisher’s Hall, one of a number of structures built by the landowner William Aislabie before his death in 1808. On the distant hill is a folly, Mowbray Castle.