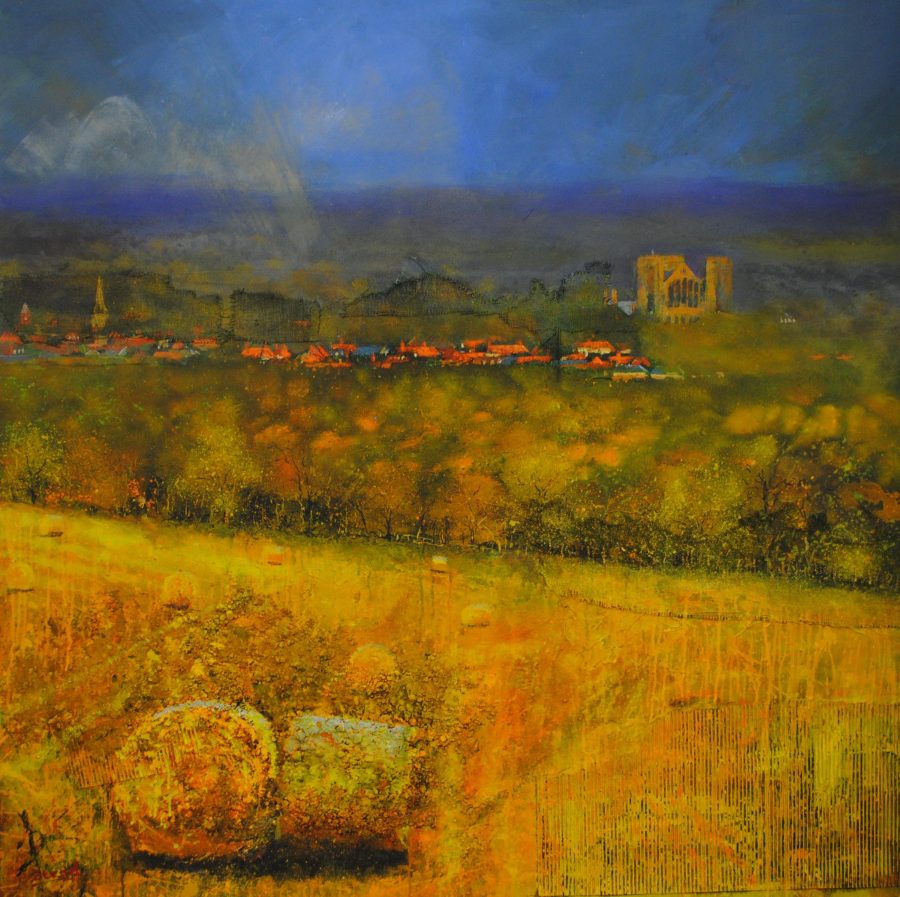 Turner visited Ripon on his major expedition north in 1797 and again in 1816, on the latter occasion collecting subjects to illustrate Thomas Dunham Whitaker’s General History of the County of York which sadly never came to fruition due to Whitaker’s untimely death. Turner’s drawings often show the cathedral from a distance, setting it in its landscape:

Likewise, David’s painting is from about a mile outside Ripon to the West; a view Turner would presumably have seen as it is on the road to Fountains Abbey.