Perfectly timed for the recent drop in temperature (can’t have a chilly artist), Dougie and Paul arrived to install the woodburner into the studio on Monday. It is important that we have as little impact on the fabric of the building as possible so we’d intended to put the flue out through the window. It soon became apparent however that we would have to make extensive alterations to the frame and louvres which appear to be original to the building so we ended up going straight up through the roof which has clearly been replaced in recent years and would, we felt, be the better option. All the work was completed with no mess in an afternoon.
The woodburner itself had originally heated greenhouses in the walled garden but had been stored unused for many years so no-one was sure how efficient it would be so we” be testing it over the next few days and then make a decision about forthcoming classes.. 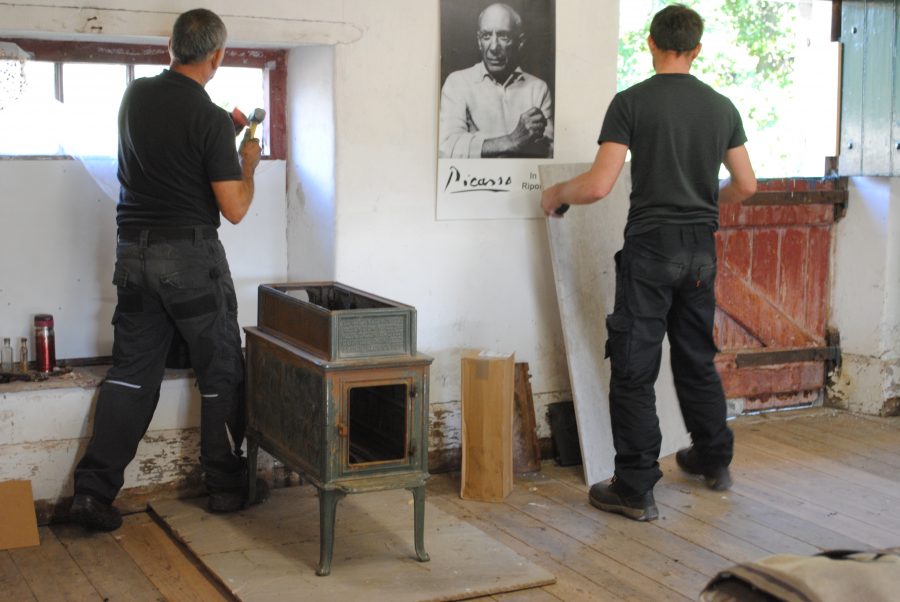