Cart …
In the footsteps of Turner, River Ure Project

Pressure’s on in the studio today as I’m filmed attempting to bring my latest painting to somewhere near completion. The documentary -film is by German tv production company Gebrueder-Beetz about JMW Turner in the north of England. We spent Saturday filming at Norham Castle on the river Tweed where I made several preliminary studies for the cameras and now – in far too short a timescale – I’ll be working on a large oil and giving my thoughts on Turner’s working methods. 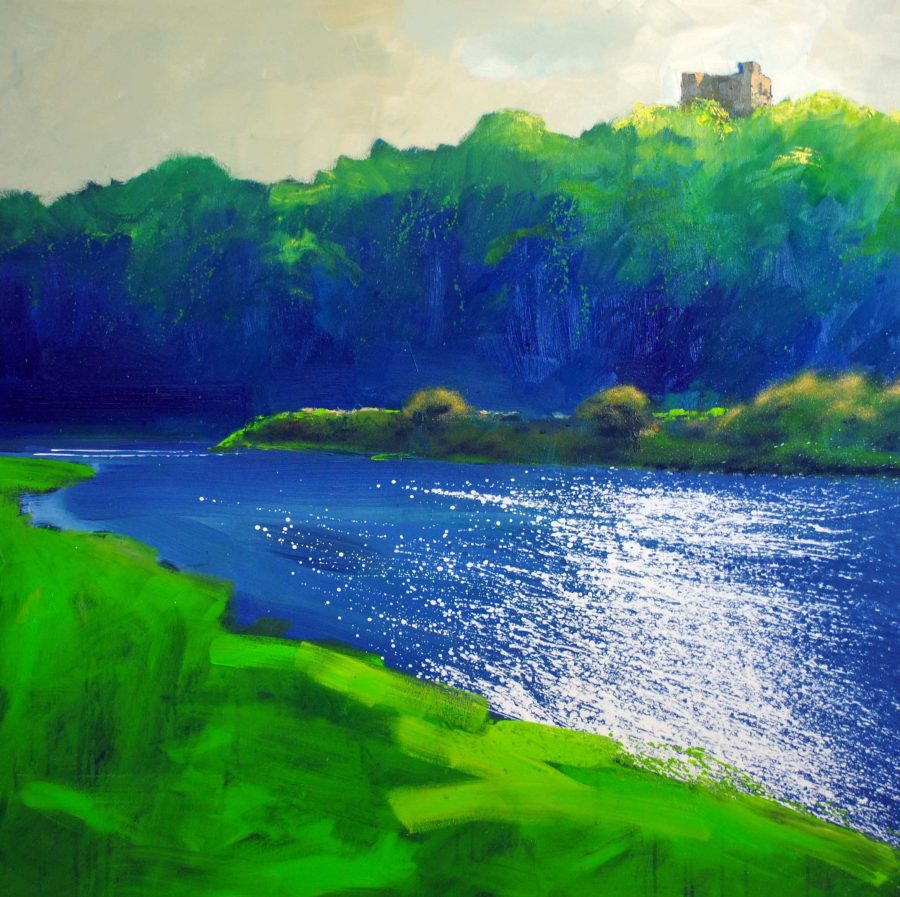