The DVD of the film David made with German production company Gebrueder Beetz about JMW Turner arrived from Hamburg this morning. The film follows David as he travels to Norham castle on the river Tweed making studies for a larger painting completed in the studio. Turner painted Norham in 1797 on his first tour of the north of England and said that this was where he became a true landscape painter and where his success really began. 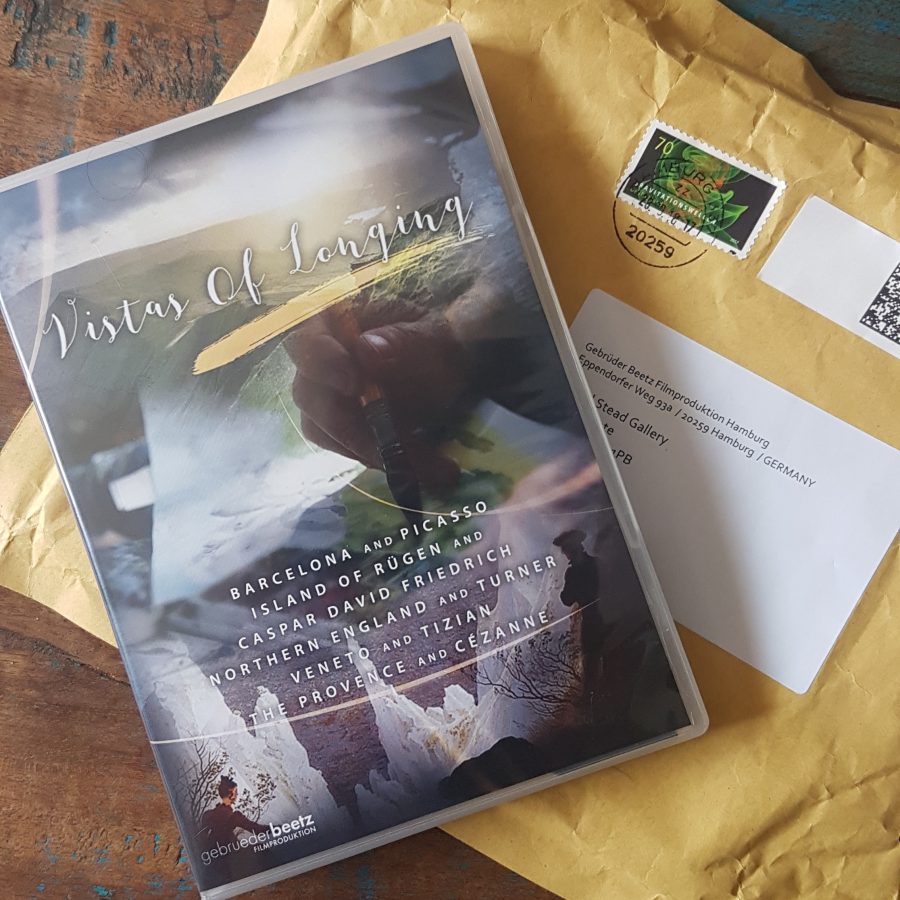