As part of the ‘In The Footsteps Of Turner’ project, David Stead has been working on tv film called ‘Vistas of Longing – Painters and Their Landscapes’, with a film crew from Gebrueder-Beetz, a German production company. The film focusses on JMW Turner’s 1797 tour of the north of England. Turner regarded Norham Castle in Northumberland as a turning point in his career, both artistically and financially so it was a natural place to start filming David making preliminary sketches for a large oil painting. This was followed by a 4 day break to allow David to bring the painting to a state as near completion as possible given the very short time scale. Two more days filming followed, both in the studio and at Harewood House where Turner stayed with his patron Edward Lascelles and which Turner painted many times. The film now goes into production and should be released sometime around January 2018. 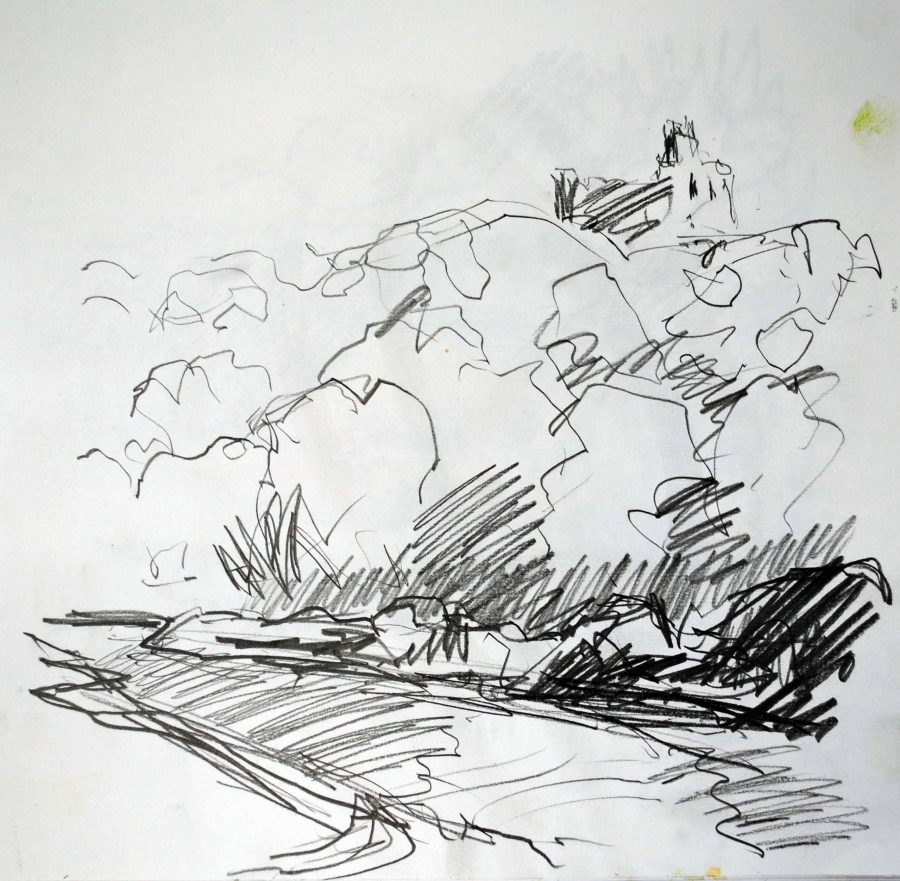 Norham Castle from the Scottish side of the Tweed; sketchbook page. 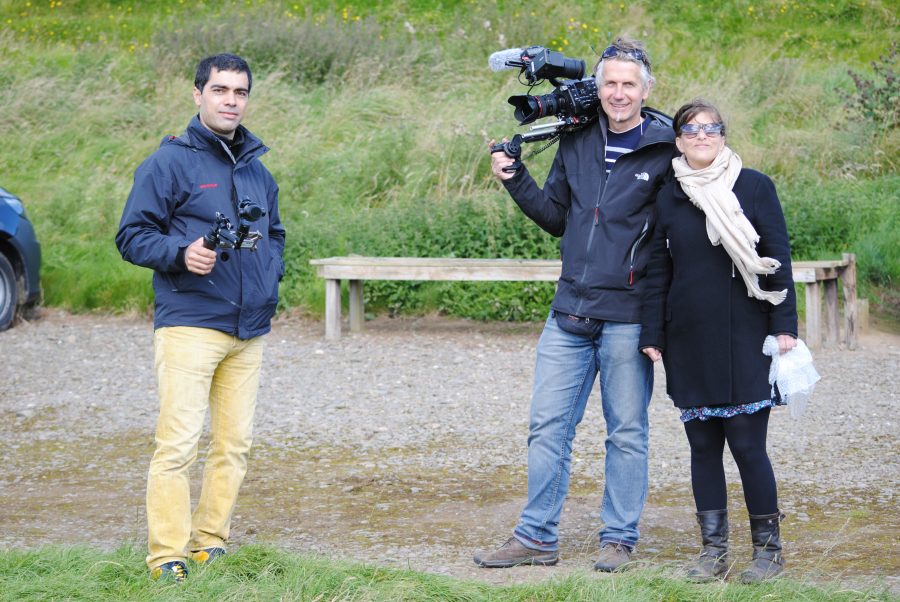 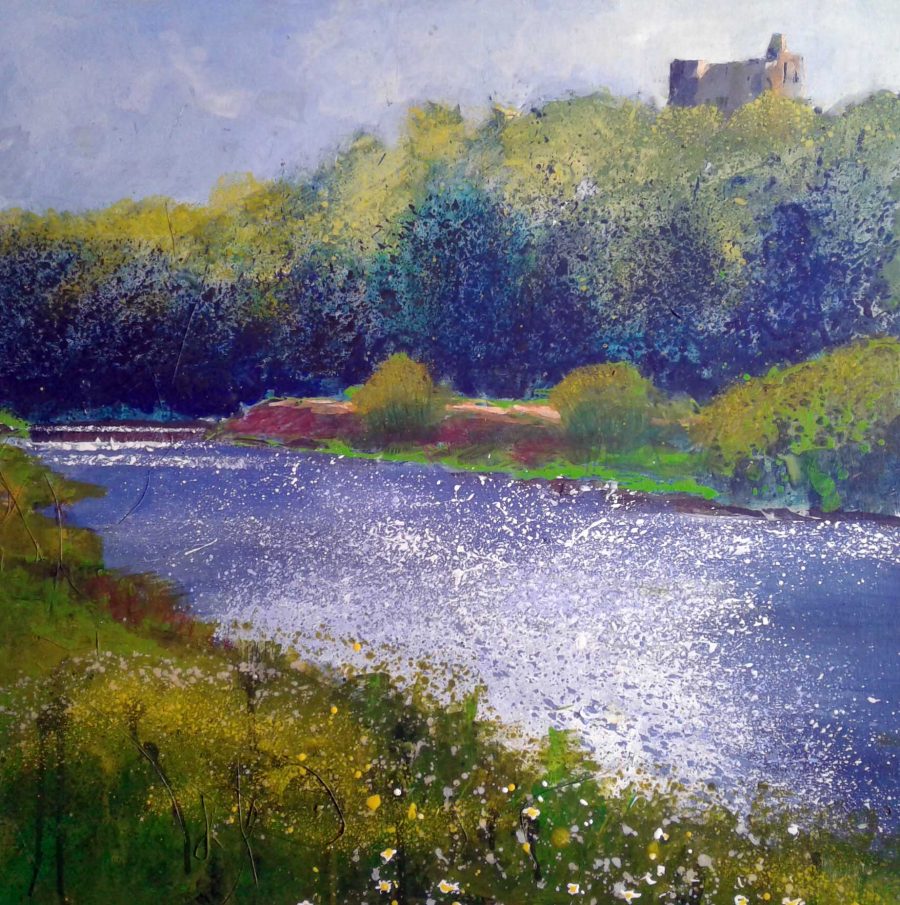 Mixed media on board made for the cameras en plain air. 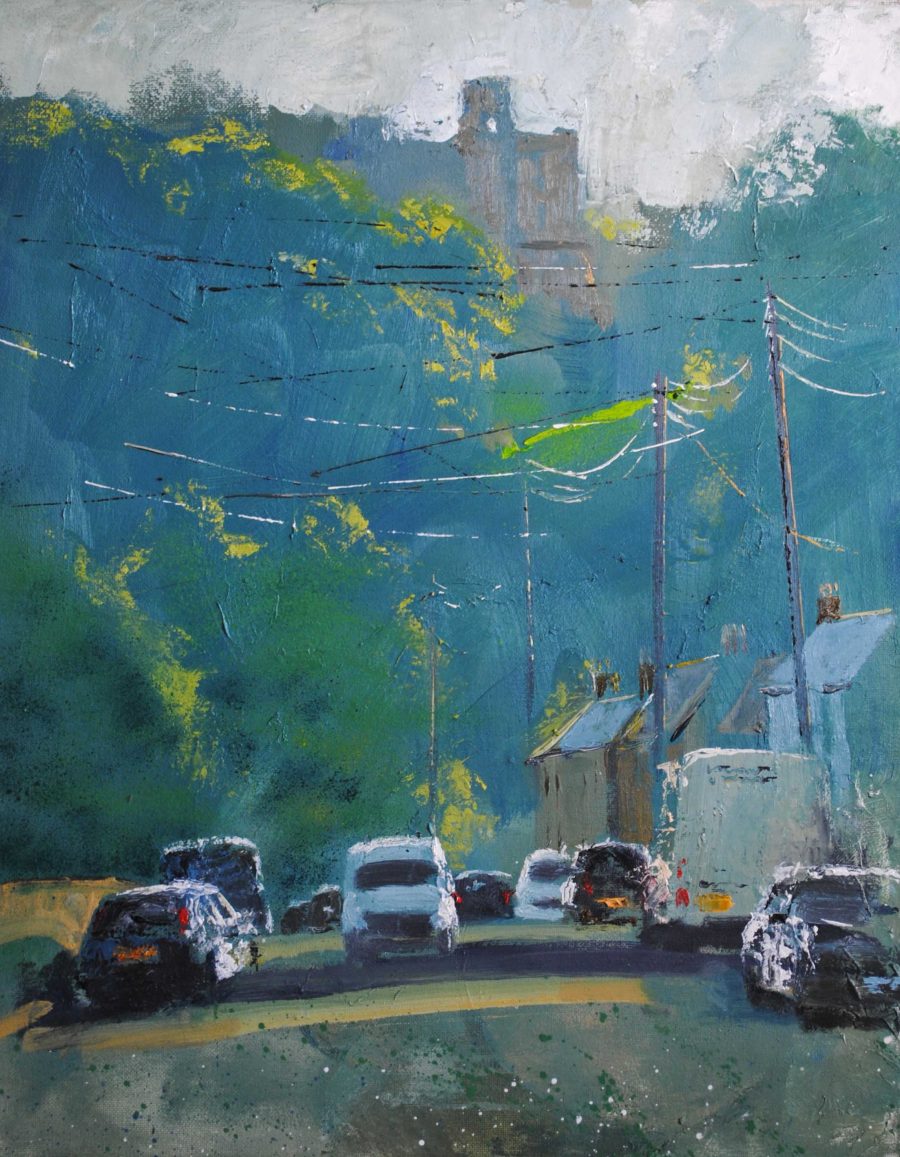 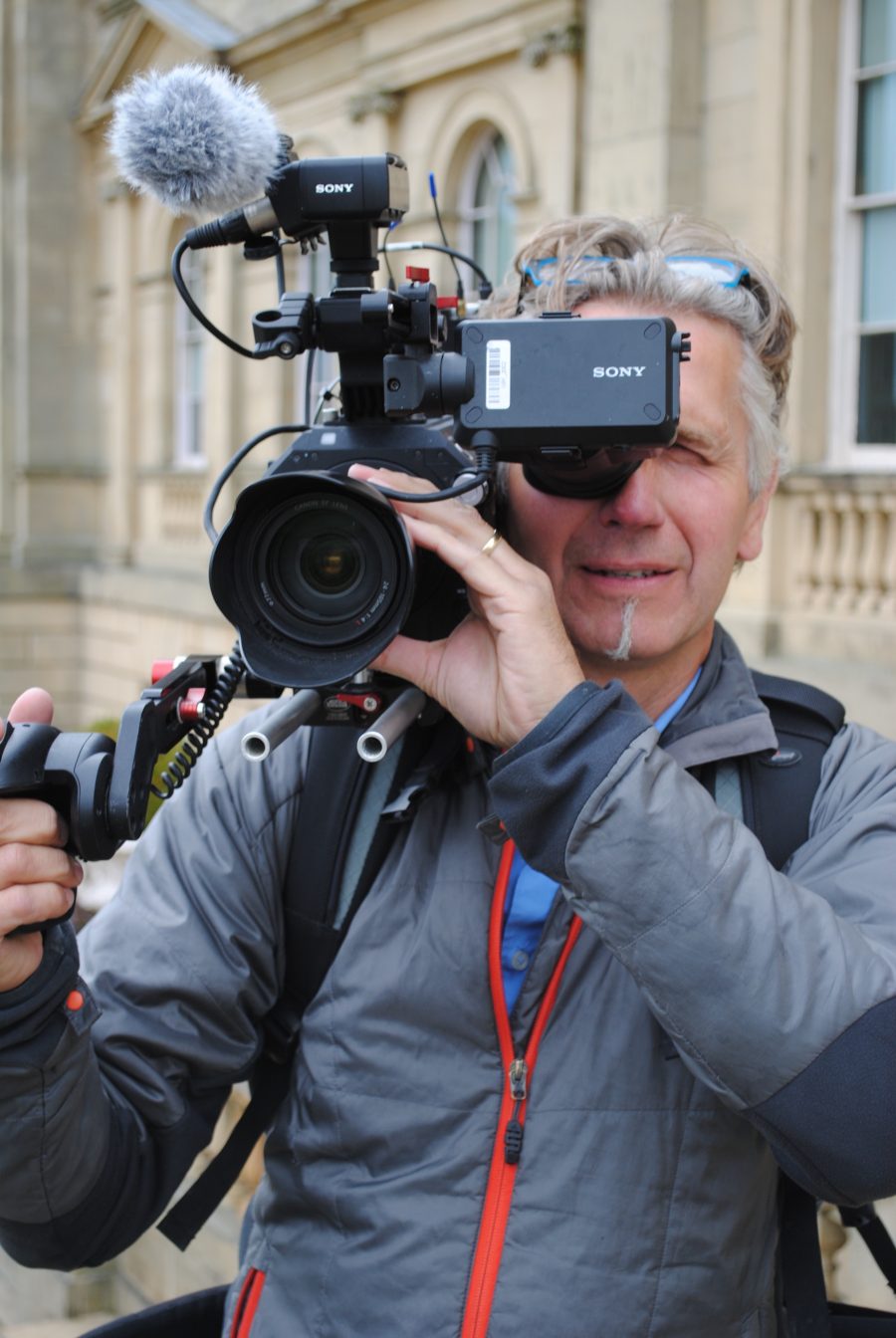 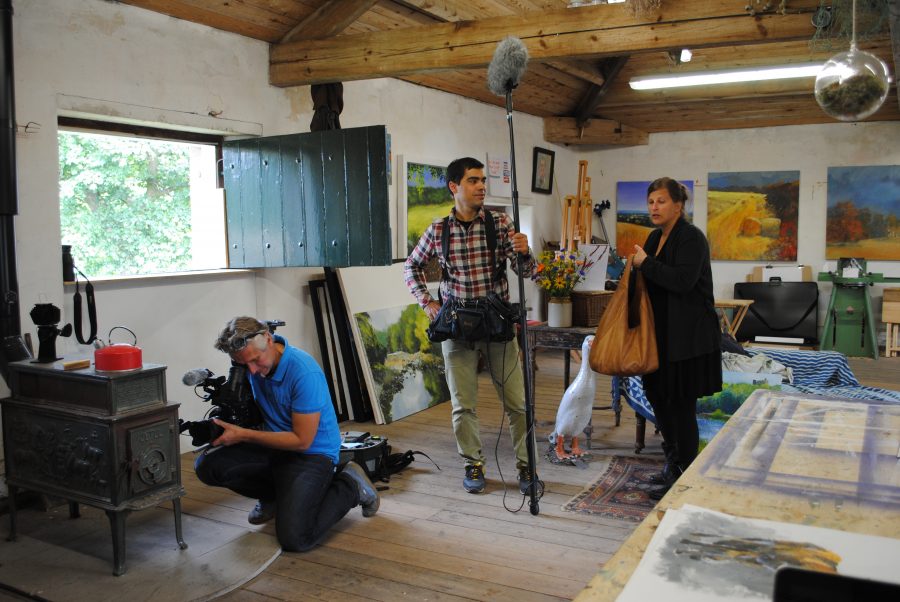 Filming in the studio 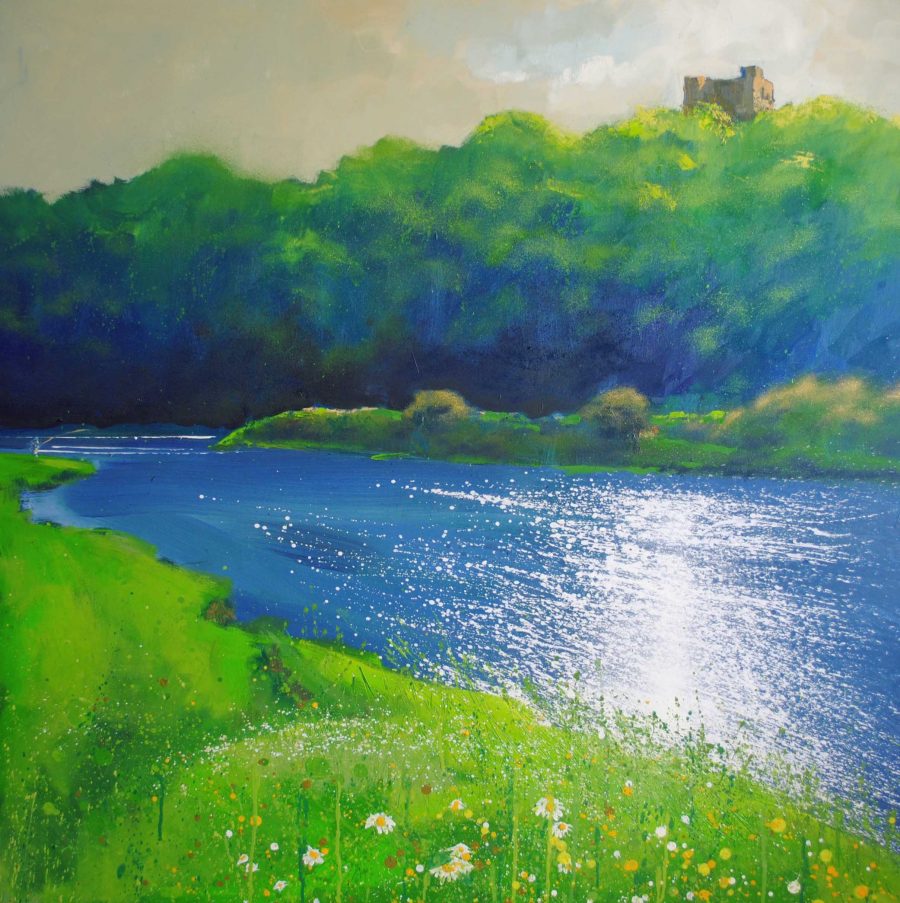