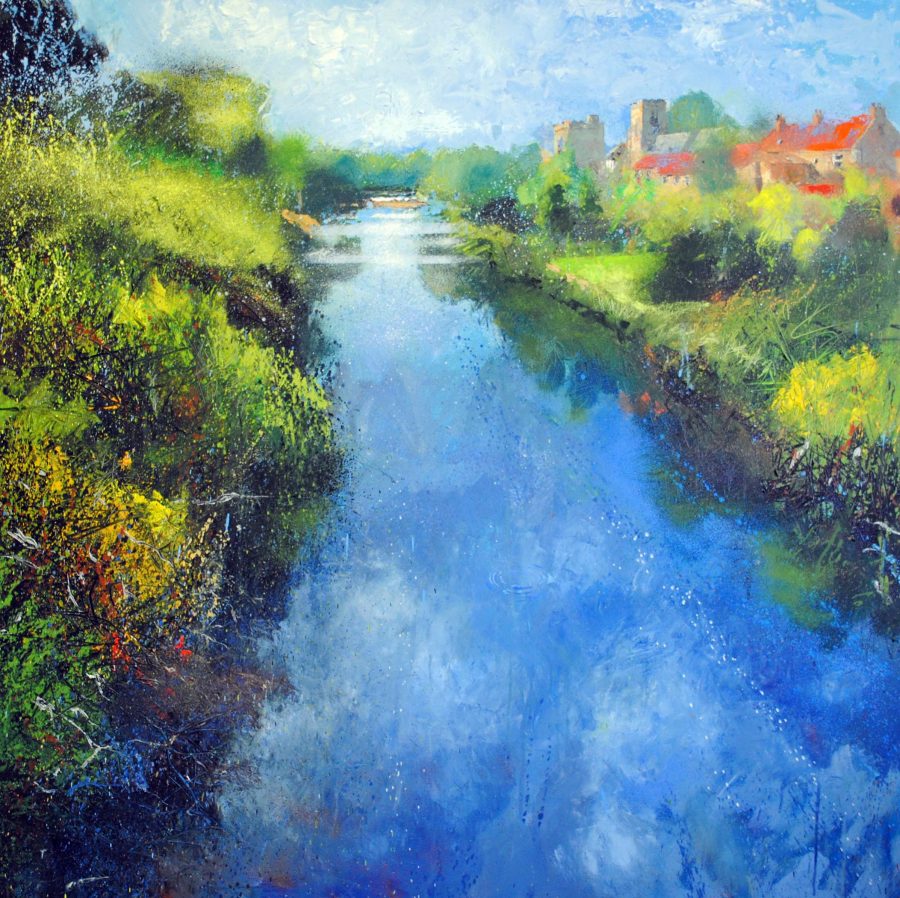 Joseph Mallord William Turner RA visited Yorkshire many times during the late eighteenth and early nineteenth century.
On one particular visit, during the especially wet summer of 1816,  he visited the Masham and West Tanfield area as well as Hackfall Woods near Grewelthorpe. His objective in visiting Yorkshire at this time was to create illustrations for a book on the county which was to be called ‘General History of the County of York’ by Thomas Dunham Whitaker which sadly never came to fruition due to Whitaker’s untimely death.
Turner’s way of working whilst ‘on location’ was to make numerous sketches which, once he had returned to his studio in London, he then referred to when creating his landscape paintings.
Those very preliminary sketches Turner made of West Tanfield, Masham and Hackfall Woods still survive in the Tate Britain archive and can be viewed online. They provide a charming portrait of our area some two hundred years ago and offer a wonderful record of nature as well as the landscape and buildings locally.